Image Matters. Image drives perception; perceptions create truths that people act on. How Communities of Color are depicted in media and other mediums evolves attitudes, shapes an individual’s world view. 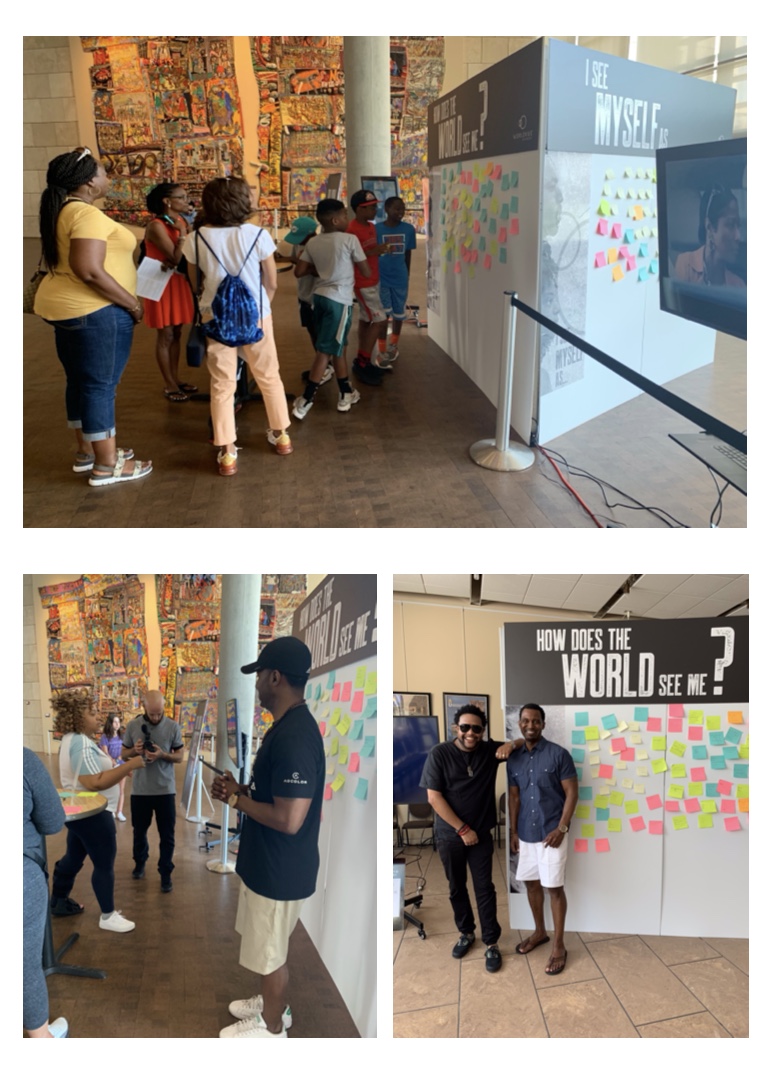 “Do You See Me?”, an exhibit at produced in July 2019 for the National Underground Railroad Freedom Center (Cincinnati Ohio), explores the levels of bias experienced by Communities of Color in today’s society. Attendees had the ability to contrast how the world sees them against how they see themselves. Visitors also had the opportunity to share instances of where bias impacts their lives and propose solutions for our community to consider.

There were 212 total responses. Participants were asked to complete the following sentences:

The findings illustrate that there is distance between how Communities of Color believed they are perceived and their self-perception. There are also significant implications created by these differences in perception. 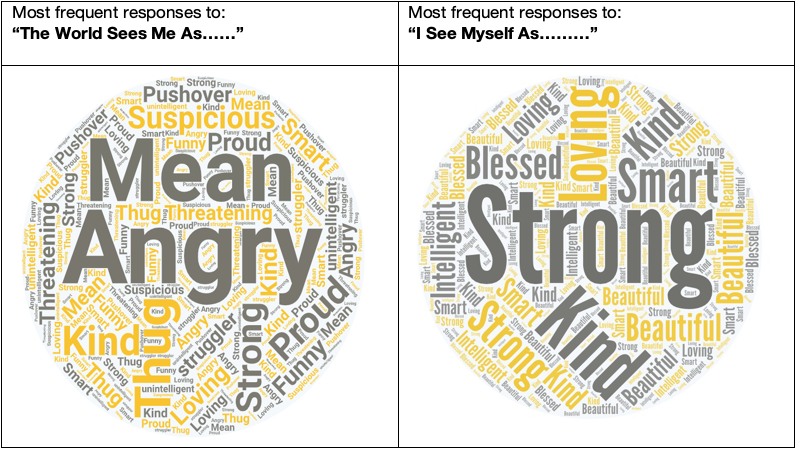 The most common answers to perceptions of how the world sees Communities of Color were attitudes that are not well received by society; terms like ‘mean’, ‘angry’, ‘suspicious’ were the most pervasive. Even traditionally positive terms like ‘Proud’, ‘Strong’, and ‘Smart’ served a dual meaning of representing the progress in image building of black and brown people, while also recognizing that ‘too much strength’ in these areas can be perceived as a threat to other populations.

Real World Implications: The responses highlight a dichotomy that exists for Communities of Color. First is the feeling of living in a world of contradiction (i.e. there is the great promise of equality vs. while experiencing actions that take it away). Secondly, the presence of bias and stereotypes affect the level of effort and connectively minority populations are willing to put forth toward to relating to the world (i.e. a focus of self-image and maintaining one’s own culture)

The insight for brands, politics, corporations: As these entities seek to resonate with Communities of Color, they have to embrace that there may not be immediate trust. They will have to garner deep insights, speak to the values of Communities of Color, and seek opportunities to represent members of these communities in a positive light.